“As Somalia rebuilds its security institutions, the Government should ensure that private security forces are properly regulated and do not become a substitute for competent and accountable police. All Somalis have the right to security, not just those who can afford to pay for it,” said Faiza Patel, the Chairperson of the Working Group on the use of mercenaries at the end of a seven-day mission to Somalia.

During its visit, from 8 to 14 December, the Working Group assessed the impact of the activities of private military and security companies on the enjoyment of human rights, as well as their deployment on mainland Somalia and at sea as part of anti-piracy efforts.

The UN expert Group commended the establishment of the new Government of Somalia and its efforts to establish a peaceful and democratic Somalia, and is grateful to the Government for its fruitful cooperation during the visit.

In Bossaso, the Working Group examined the Puntland Maritime Police Force (PMPF), which was created by President Farole of Puntland in 2011 with the stated goal of fighting piracy in the region.

The Working Group found out that the PMPF operates outside the Constitutional framework for security institutions in Somalia and has engaged in operations unrelated to piracy, including a recent operation to prevent a candidate for the Puntland presidency from campaigning in Bossaso.

“The PMPF operates outside the legal framework for security forces and reports only to the President. The authorities must integrate the force into the agreed-upon Somali national security structure and ensure that it is used strictly for the purposes for which it is intended,” said Patel.

The Working Group established that PMPF was trained by South African personnel from Sterling Corporate Services, a private security company registered in Dubai (a successor to Saracen International Lebanon). The Working Group received reports that the activities of Sterling/Saracen went beyond training and that they were previously found to have violated the UN arms embargo. It appears that, although some foreign personnel remain involved in the PMPF’s operations, most of Saracen’s activities have ended.

In Mogadishu, the Working Group met with members of the newly constituted Federal Government as well as with the National Police Commissioner in Mogadishu. While welcoming the commitment of the Government in developing a system for registering and regulating private companies providing armed security, the Working Group also noted the need to strengthen the government’s control over this sector. The Working Group offered its assistance in developing these rules, drawing on best practices learned from other countries.

“Such laws and their consistent application are critical to guarantee that private security providers operate in a legal, transparent and accountable manner,” said Anton Katz, a member of the Working Group. He emphasized that “the availability of private security should not detract from the urgent need to provide security for all Somalis.”

The Working Group also examined the use of private contractors by the United Nations and AMISOM. It welcomed the UN’s efforts to ensure that these providers have a clean human rights record and encouraged all elements of the UN to take a proactive approach to the issue and to fully implement the recently-launched initiative to conduct human rights due diligence. “The UN should be the gold standard when it comes to ensuring that it only engages with private security forces that respect human rights,” said Faiza Patel.

While noting with satisfaction that piracy has drastically decreased over the last year, the Working Group remains concerned about the use of armed guards on board vessels. “The lack of regulations for armed security on ships and the absence of robust reporting for incidents at sea create risks for human rights,” explained Patel.

The Working Group calls on the international community to agree upon regulations on the use of armed guards on ships, as well as procedures guaranteeing that such incidents are duly recorded and reported to the relevant authorities. 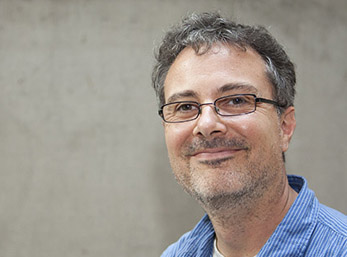